What Additional Features Can Combination Pliers Have?

What Additional Features Can Combination Pliers Have? 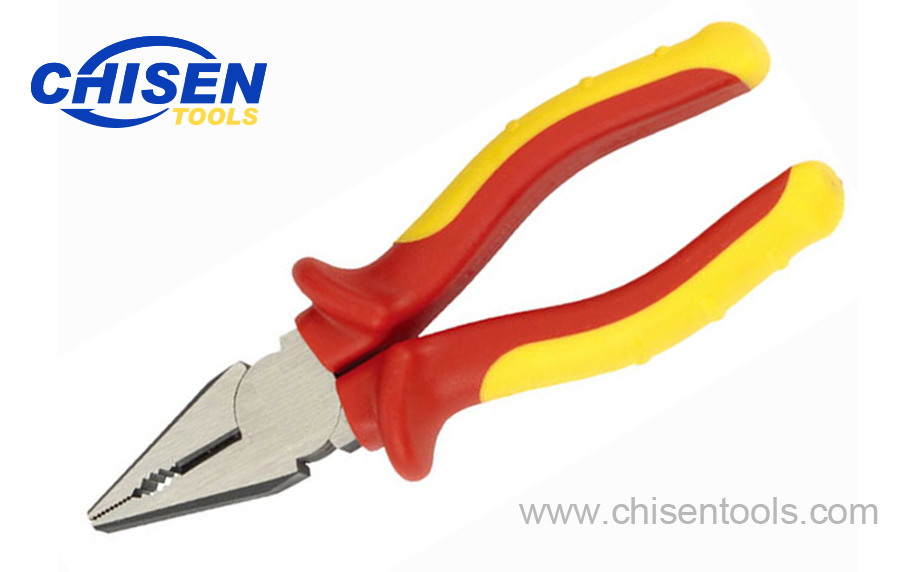 Many combination pliers include thumb stops on the handles. They will usually be made from plastic, being part of the cover over the handles. These small guards are designed to prevent your hands from slipping down the handle when using the pliers. They are particularly relevant on insulated handles, as they stop the user’s hands touching any metal parts which could conduct electricity.

Some pliers incorporate a spring between the handles. This ensures the handles will return to an open position when the pressure is released from them. This makes them easier to use single-handed as they won’t need to be opened manually. There are different designs for return springs: some are hidden within the handles while others are visible.

Some combination pliers have a button which can be used to lock the jaws shut. This is to protect the surface of the jaws and the cutting blade while they’re not in use.

Combination pliers with compound action can produce more output force from the same amount of input effort compared to standard pliers, without needing to increase their size. They have two double levers, rather than one, which increases their mechanical advantage, so they can be used with tougher materials.

High leverage combination pliers give you extra leverage compared with standard pliers of the same size. High leverage pliers have their pivot point positioned closer to the cutters. This means the handles are extended and the cutters’ output force is increased.

Fish tape is also known as draw wire, draw tape, or electrician’s snake. It is used by electricians to pull wires through conduit pipes, heating ducts, and other long, tight spaces where guiding flexible wires would be difficult. Some combination pliers have an extra gripping jaw built into one handle, next to the pivot point. This is positioned to grip the fish tape when the handles are closed.

Most pliers are not strong enough to be used to remove anything other than fine pins, tacks or staples. Standard nails usually need a more heavy-duty or specialist pair of pliers to remove them. However, some combination pliers include a nail puller grip, specifically designed to remove nails.

Although not a common feature, some combination pliers have a crimper on the handle side of their pivot point – this is designed specifically for non-insulated electrical crimp terminals. Crimping is a way of joint together pieces of metal, or other ductile materials, by deforming one or more of the pieces. The deformity is usually a small bend or dent and is called a crimp, which is created with a crimper. A common application is jointing electrical wiring.

All insulated pliers should be marked as VDE. Tools marked with VDE will have been vigorously tested to ensure they meet the required standards and are safe. This mark will usually be accompanied by the maximum voltage they can be used with – it should be found in the specifications of the tool and be printed on the handle.

You shouldn't use pleirs to cut live electrical wires, unless you're specially trained, VDE pliers usually offer protection for up to 1000 volts, with some able to protect up to 2000 volts.

Some combination pliers can be used to cut small screws or bolts. They will have a special place where bolts, up to a certain size, can be inserted to cut them. The specifications should tell you the sizes of bolts which can be cut. They are usually designed to cut the screws used to fix light switches and sockets to the pattress box (the container for the back of an electrical fitting).

Combination pliers designed to be used by electricians or linesmen sometimes include one or more sizes of wire stripper. These are small, rounded cutters which will cut the plastic insulation around a wire to remove it without damaging the wire. 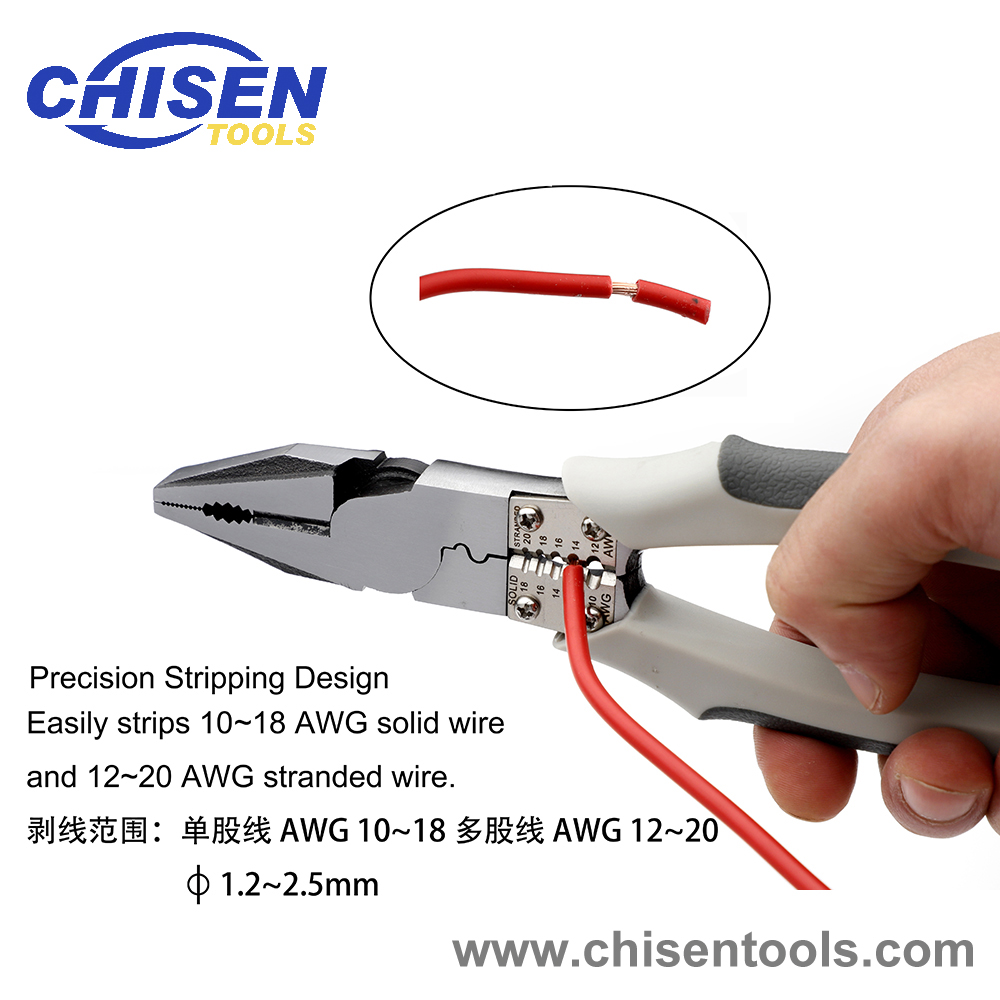 Some combination pliers have serrations on the outside of their jaws so they can be used as a reaming tool for the inside of cut pipes. They can be pushed into the pipe and used as a rounded file to deburr the inner edge.

For reaching some awkward places, there are combination pliers that have angled or offset heads. They allow you to clearly see where the tips of the jaws are when the pliers are being held straight in front of you, where straight handles might mean your hand obscures your view.

A hexagonal recess is included on some types of combination pliers to enable use on bolt heads and nuts. The range of bolt sizes that can be accommodated will be limited and will be defined in the products specification.